The Vessels of Sin, more formally known as the Vessels of Deadly Sin[note 1], were seven cursed relics inhabited by the Demons of Sin. Scattered across the world shortly after their creation, the vessels were collected by numerous individuals throughout history, causing numerous incidents throughout the centuries.

Sometime before his death, Seth Twiright created an unknown number of magical tools to serve as vessels, among them a magical katana and,[1] his final creation, the golden key Grim the End.[2]

Over time, the vessels of sin moved between various owners and places. Around EC 118, the Demon of Sloth's host died and migrated to her unborn granddaughter. In EC 135, Irina Clockworker began collecting the vessels for herself throughout the succeeding centuries. In EC 136, the Demon of Sloth moved from her human host to the Clockworker's Doll Irina had created, using it as her vessel.[5] In EC 325, the Demon of Gluttony was devoured and replaced by Banica Conchita and the new demon took up residence in the wine glass in its place.[6]

After the two agreed to collaborate in EC 482, Queen Dowager Prim Marlon helped Irina find and collect the vessels of Gluttony, Pride, and Greed to go along with the mage's vessels of Lust and Sloth for their combined collection. At some point, Irina split the vessel of Pride into four smaller hand mirrors. In EC 491, the mage forcibly transferred the Demon of Gluttony to one of the mirrors before later recalling the demon back to her original vessel. In EC 500, Irina forcibly transferred the Demon of Lust to one of the mirrors.[7]

After the death of Queen Dowager Prim in EC 505, King Kyle Marlon collected his mother's remaining vessels and gave them to Elluka Clockworker and Gumillia; around that time, the Demon of Lust returned to its original vessel. Shortly after, Irina stole the vessels from Lioness Castle. Shortly after Irina killed Ney Marlon, the Demon of Gluttony brought Gretel's soul into the Glass of Conchita.[7] After Irina was defeated over two weeks later, Elluka and Gumillia collected some of her lost collection.[8]

Following the New Four Horsemen Incident in EC 508, Chartette Langley reforged the Twin Blades of Levianta as two pairs of scissors in Jakoku.[9] At some point, Elluka and Gumillia lost all the vessels they collected while Irina began reclaiming them. Sometime after, Irina began storing the vessels of sin in her possession in her new mansion's treasury in Rolled. In November of EC 609, the Demon of Sloth was pulled from her vessel and the Clockworker's Doll was discarded at the abandoned Moonlit Residence.[4]

On January 26, EC 611 Irina took the vessels in her possession with her while fleeing her mansion and stored them in Pale Noël's tomb at Merrigod Plateau.[10] After Gumillia killed Lemy Abelard in Irina's duel with Elluka on January 31, the Demon of Gluttony brought Hänsel's soul into the Glass of Conchita. Following Irina's defeat shortly after, the vessels of sin in her collection were found by the World Police later that day and stored in the organization's vault.[11]

Following the start of the Dark Star Scandal, Judge Gallerian Marlon was able to collect five of the seven vessels through his corrupt dealings and had them transferred to Evil's Theater in December of EC 982;[12] Ma then added the Twin Blades of Levianta to the collection.[13] After the destruction of the Third Period in EC 999, Michaela summoned all seven vessels together in the Millennium Tree Forest for Allen Avadonia.[14] Later on, Michaela handed several of the vessels to various individuals, namely Clarith,[15] and Riliane,[16] to aid them in their respective quests.

Due to the Demons of Sin dwelling inside them, the vessels of sin possessed powerful and dark magical energy.[17] Humans in close proximity to a vessel of sin risked the possibility of being influenced by the demons, either through possession or the forging of demon contracts. Because of this, the vessels' powers could only be utilized by skilled mages and those who were or had at one point been contracted to the demons.[17] As part of their make, the vessels allegedly had an innate consciousness independent of their respective demons and repelled each other like magnets; similarly, having more vessels together made it more difficult to collect additional ones.[18] Despite this, the vessels could be summoned together by certain magic users.[14]

An individual vessel could be more than strictly a single object so long as the objects were closely related. Vessels could similarly be broken up into individual pieces without affecting their abilities,[7] although they were otherwise difficult to reforge or destroy by normal means.[19] Because each vessel of sin also served as a residence for its corresponding demon, it possessed its own dimensional space for the malicious being to inhabit;[20] normally, the demons' true bodies always remained in their respective vessel of sin unless the vessel was destroyed or the demon forcibly moved via magic, although the being could return to its vessel at any time.[21]

Should a demon be absent from its respective vessel, the tool would lose its magical abilities.[22] The only exception among the vessels of sin was the Clockworker's Doll, the "Demon of Sloth" inhabiting it actually being the human soul of Eve Moonlit and therefore free of the aforementioned restrictions binding the other six vessels while the vessel itself was innately a magic tool.[4] However, all vessels of sin were subject to sealing magic which could nullify their effects.[21] 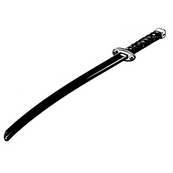 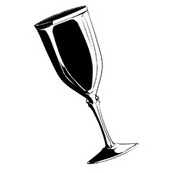 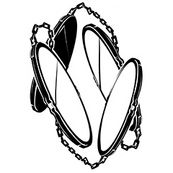 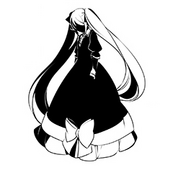 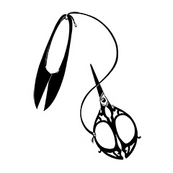 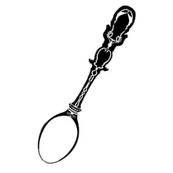 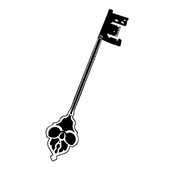 The vessels of sin in The Daughter of Evil: Praefacio of Blue

The vessels of sin in Epic of Evil: The Daughter of Evil Fanbook

The vessels of sin in Entr'acte of Evil: The Daughter of Evil Worldguide
Add a photo to this gallery 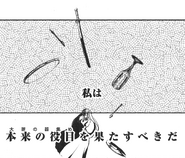 Retrieved from "https://theevilliouschronicles.fandom.com/wiki/Vessels_of_Sin?oldid=190974"
Community content is available under CC-BY-SA unless otherwise noted.