Hello everyone TomboyJessie13 here, it is I, the mysterious anonymous viewer "Tomboy Jessie" of this Wikipedia, and I'm here to spread pleasure, humor, and my speculations and theories to you all. Sooooo let's get this show on the road...or as the seven sinners would say:

"This is the story of the beginning"

For starters, It was back a few years ago when me and my little sister were watching SSBB videos on YouTube and came across the song "Melt" by Hatsune Miku but that was it. It was only until a few years later in late 2012 during my senior year in high school where we discovered "Vocaloid" officially and we became fans of it.

At some point my little sister discovered "The Daughter of Evil" series on YouTube and introduced it to me, after Pride we watched Gluttony, Envy, Lust, and Greed, I found Sloth on my own accord and Wrath was not released at the time. I fell in love with the seven deadly sins even though they shouldn't be messed with or respected (It's self explanatory to those with a religious background).

Later around 2012 or 2013, I found a fan made Evillious MLP video by MythicHunterz where I found the name "Elluka Clockworker" in the comments, I looked her up at school and found this wiki, I began researching her profile, and then the vessels of sin, and so on until I became completely hooked.

I started contributing to this wiki as an anonymous viewer commenting and theorizing (though I kinda got in trouble a little). I was shocked but excited that Wrath came out, but since there are light novels and unsolved questions in the works, I stuck around until we reach the end.

Finally after many tries, I got my account. I'm officially contributing to this Wiki until the very VERY end.

All the sinners(plus Allen) as cute little chibis

Gift from the Princess who woke everyone up

My first drawing of Gast Venom

A Grimm Brothers Book! Comparing their Hansel and Gretel with Mothy's will be a lot easier now!

Has anyone ever thought of this meme with Nemesis? 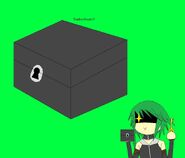 My interpretation of [Punishment]

The Seven Sinners and Allen as kids

Does Gallerian even know who he's talking to?

My personification of the Demon of Envy's human form

It's Official, I'm putting this in my fanfic! 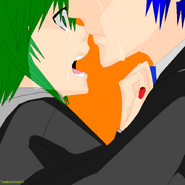 Inspired by the song "Let the monster rise" from Repo! the Genetic Opera 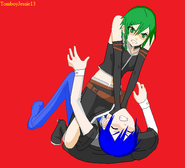 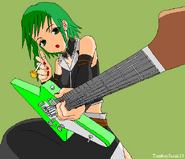 The result of my experimentation with MS Paint and Copy-Pasting

A recreation of Project Ma with Sailor Senshi Maker

Allen was getting tired of their bickering, so he has them chained together until they can get along

My own copy of Ichika's Cocoon

A character chart for my fanfic: Seven Crimes and Punishment-Living Together

A drawing of Kayo duel wielding, inspired by the latest chapter of the Envy Novel

Kayo has a vision regarding Margarita snapping again

Margarita dressed in a Hanfu

Gilles/Demon of Lust's human form based off of Novel description

A collage dedicated to "School Capriccio of the Dead" by Tamara. Made with painting tool on my sister's laptop