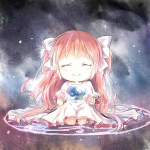 Hi there, I am Lenfield , amateur fan fic writer and YouTube video maker. I use this blog to focus my attention towards my genderbent Evillious fan fic where I make fake profiles for my "quasi-OCs" in the style of Mistress of the Heavenly Yard by copying and pasting text and changing A LOT of words from it (no offense fem!MOTHY) occasioanly with crappily edited MS-Paint photos like this ----->

But enjoy anyway, if you can ^_^.....OR ELSE HELIO AND LENKARTE WILL SERVE YOU TO KRONOS!

For more info about my fan fic click here

Retrieved from "https://theevilliouschronicles.fandom.com/wiki/User:SiRenfield?oldid=47419"
Community content is available under CC-BY-SA unless otherwise noted.