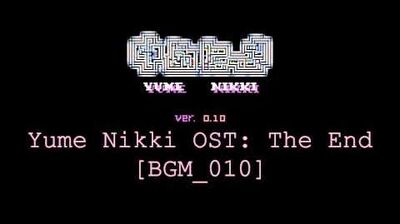 Female
My name is Scarletta Agni

I got into Evillious Chronicles a while ago, maybe 2012. My first EC song was The Daughter of Evil after hearing a reference on a Rin video and seeing it in the Youtube suggestions plenty of times. Next was The Servant of Evil, since I was told this was the sequel to DoE. What came next is history... cause I can't remember which song I came across next. It was either Evil Food Eater Conchita (amazing song, btw) or The Lunacy of Duke Venomania. I'm assuming the former.

Top Songs (in screwed up order)[]

2. The Daughter of White

4. Escape of Salmhofer the Witch

5. The Muzzle of Nemesis

9. Tale of Abandonment on a Moonlit Night

yay I'm no longer the unnoticed senpai or forever alone

but I'm still that creepy girl in the corner

Museum of Truisms: He's my hubby. We have a typically not-normal, yet not-murderous EC Chat family marriage.

TotalConflagration: My mother-in-law. People here are convinced I can't handle her weirdness but they clearly underestimate my own weirdness.

LawfulInsane: According to the family tree, he's my father-in-law. Yaaaay daddy

I prefer to spell "Banica" with a 'K'

I prefer "Miriam" to "Mariam" for Miriam Futapie's name

Gammon Octo is of Jakoku descent (because of his hair)

Ma is simply Elluka or Irina under an assumed name. Or Eve. That bitch is everyone. (I WAS KINDA RIGHT!)

The girl from Clockwork Lullaby is Levia.

The singers of Lu Li La, Lu Li La, The Resounding Song are Hansel and Gretel

The song Full Moon Laboratory is about Project 'Ma'. The la la la lu lu lu melody is a reworking of the lu li la lullaby to find how much magic a candidate contains.

To be honest, I have no clue what the Master of the Hellish Yard is. She's probably Nemesis though.

Carol Shields is represented by CUL

Tony Ausdin is represented by Tonio

Kaspar gets way too much hate. This isn't a headcanon, it's just my opinion.

Tried a minimalist style of drawing and shading. Ended up with this. 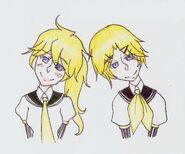 Wanted to help Lenfield with her genderbend EC AU thing. 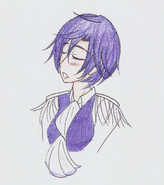 Some Kaiko for you.

I used to be the unnoticed senpai here

Mothy discovered the EC Wiki. And this is what happened. 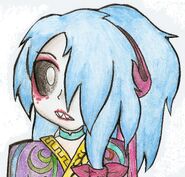 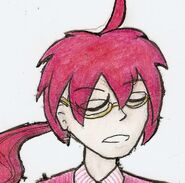 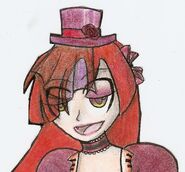 Joseph Crim gets the job 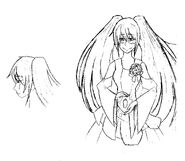 My take on what the front cover should have been like. 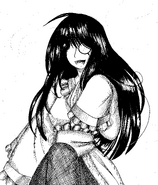 Black and white drawing of Ma that won't goddAMN LOAD 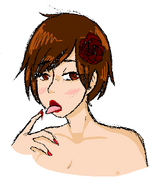 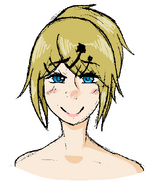 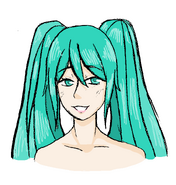 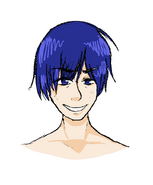 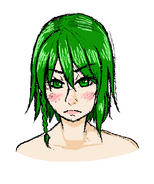 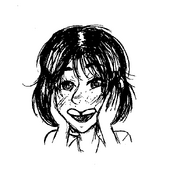 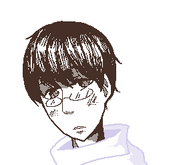 the douche king himself... Gallerian is like the douche prince I guess 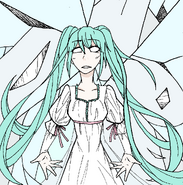 I was really feeling the OSS:CE crossfade sample of Queen of the Glass

I was really pumped last night over EC.

a birthday gift for maruguriita on tumblr 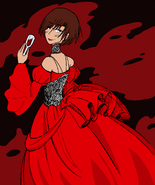 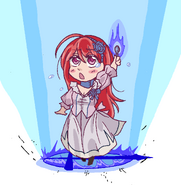 "I am God. You can't see my page."
―DreadnokZartan

"I lied. I am not God. I am the Devil."
―DreadnokZartan, literally a minute later

"Either way, this chat is my playground."
―DreadnokZartan, 3 EDGY 5 ME

"Which one of you should I victimize first?"
―Dreadnokzartan, ever the dramatic one

"Disappointing."
―DreadnokZartan, in response to me

"Go crawl back under your rock."
―DreadnokZartan, again, in response to me

"You are all worthless. The only one who can answer me is Coppélia. Coppélia, wake up."
―DreadnokZartan, believing he's in the Matrix

"Coppélia, WTF is the meaning of this?"
―DreadnokZartan, in response to Coppélia not taking his side

"I own this chat. I own everything I want to."
―DreadnokZartan, the actual kamidere

"Coppélia, you're getting ahead of yourself. Be a good little chan and tell your friends that this is my chat."
―DreadnokZartan, the little duckling who must hide behind the mother duck

"What is this bullshit?"
―DreadnokZartan

"Hm... Interesting… This could be fun."
―Light Yagami I mean DreadnokZartan

"Go on. Entertain me."
―DreadnokZartan

"Why are you insects acting all fucking excited?"
―DreadnokZartan being a little baby

"This bullshit belongs to YOU. <3"
―Resi compromising with the sad 12 year old

"Doubtful"
―the word that took DreadnokZartan 2 minutes to type

"Coppélia, I order you to take a dump on Alexiel Lucifen's chest. He’s earned it."
―BEST QUOTE EVER DREADNOKZARTAN 2k15

Families I'd Like to Keep an Eye On (wowthatsoundsreallystalkerish)[]

Organizations To Keep an Eye On[]

Character Pages With No Avatars[]