The boy and the orphans then spread out to search for the person she had sent the letter to, soon meeting the former king of Marlon, Kyle, who had become a painter. Kyle explained the truth to the children, that the nun they had been raised by was actually the tyranical Princess Riliane Lucifen d'Autriche who had waged war and killed countless people. He also tells them that the person she wanted to send her letter to has died so she will never get an answer. The children gave up and returned home, however the boy knew that Rin would continue to wait for a response even if she died. When Rin lied dying, the boy handed her a fake response he had written the night before, hoping that reading it would let her die happy. 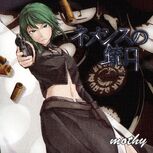 Genesis Girl Gretel is a song released by Akuno-P on August 12, 2019 in the album Evils Extra. It tells the story of Gretel and her incarnations through out the millenia.

The narration tells of the Seeds of God that became planted inside the witch Meta Salmhofer and how she gave birth to the girl Gretel along with her twin Hänsel, who both represent destruction and creation. Gretel has reincarnated twice in the new world, once as a maid serving Banica Conchita and the second time as the spy Ney Marlon but what all her lives have in common is that she murdered her parents in them.

It is then said that Gretel will depart to a new world with her friends while all the other Irregulars will work on their own ending and new beginning. Riliane Lucifen d'Autriche and Allen Avadonia will create a new utopia, Adam and Eve will travel back in time and start over, but Amostia has no counterpart and will continue on alone. What will become of Gretel's fate in the future depends on her parents.

Ending boy Hänsel is the theme song of Hänsel, explaining his existance as a counter part to Gretel as an Ending boy. Both songs list the twin's incarnationt through out the years and what happened to them. 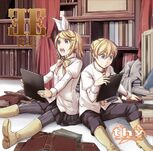 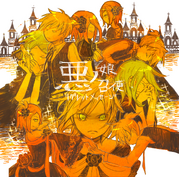 
Cite error: <ref> tags exist for a group named "note", but no corresponding <references group="note"/> tag was found.
Retrieved from "https://theevilliouschronicles.fandom.com/wiki/User:Misstress_of_the_heavenly_yard/Sandbox?oldid=190530"
Community content is available under CC-BY-SA unless otherwise noted.