This page is a work in progress, we apologise for the inconvenience.

Many years after the fall of Darth Sidious's First Galactic Empire, the Demon of Lust, reincarnating as the firstborn of Gear and Pika and taking the name Lawful, became the Sith lord known as Darth Cognitas under a currently unknown master. Following the death of his master, Darth Cognitas sired several children with his wife (and somehow the wife of many other people) Total, including Dark and Future. Taking Dark as his Sith Apprentice, known as Darth Nemesis, with the help of a relative named Rose, plotted to overthrow the current Galactic government and establish a New Galactic Empire under the control of Evils Clan.

This is not applicable to the New Galactic Empire as it spans a great multitude of star systems.

The Galactic Empire kept aristocratic elements from its member states, much like the Union State of Evillious. However, their titles would be changed to "King" for males and "Queen" for females. Due to the trollish nature of the royal family, Evils Clan, citizens were expected to insult, fight and kill each other on a regular basis. However, due to a form of technology known as "wikiuser" invented by the Clan, citizens of the Galactic Empire could never truly die, instead being reborn after a few moments in perfect condition.

Most Imperials were proud people, proud of their status as one of the Galactic Empire's citizens and proud of the fact that they could not die. Coming from all over Bolganio and Jakoku, and even other planets in the galaxy, the people of the Empire had varying skin colors and hair colors, and racism was completely absent.

The Empire was entirely secular, and so freedom of religion was guaranteed, with the most common religions being Levin, the Force and the Kingdom Hearts.

These are individuals not belonging to either territory below, or high-ranking individuals in politics. 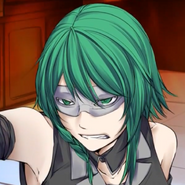 Chief Diplomat Future
Add a photo to this gallery

These are the residents of the Kingdom of Lucifenia and it's Territories.

Queen Mistress of the Lucifenian Territories 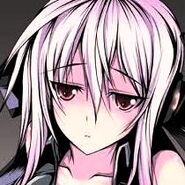 Queen Total of the Lucifenian Territories

These are the residents of the Magic Kingdom of Levianta and it's Territories.

Queen Rose of the Leviantan Territories

Queen Eve of the Leviantan Territories 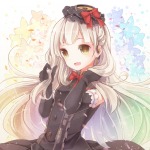 Captain of the Guard, Adriash
Add a photo to this gallery

These are the residents of the Maistian Territories.

These are the residents of Jakoku.

These are the military leaders of the Galactic Empire.

Retrieved from "https://theevilliouschronicles.fandom.com/wiki/User:LawfulInsane/Evils_Empire?oldid=111674"
Community content is available under CC-BY-SA unless otherwise noted.