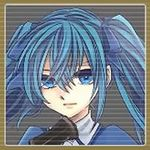 Hello, my name is Evils Theater~! But feel free to call me anything shorter if it suits you. Anyways I guess this is the place where I can tell you a little bit about myself. Not creepy at all~<3

I never really knew that this wiki existed until like about a year and a half ago when I saw a link to the wiki on YouTube. The first EC song I had ever saw was The Daughter of Evil, shortly followed by The Servant of Evil, and just by those two songs I was completely hooked and captivated by this series. I read up on the all lovely information here, that I didn't quite understand by the way and then...kind of disappeared from the fandom for about half a year or so because you know, I didn't understand anything at all and I also didn't know how wikis function at the time XD. When I was bored one day, I decided to check out the Evillious Chronicles wiki once again and this time...I actually began to understand the series~! So I stalked looked through the wiki for a couple of weeks and the tumblr groups as well before I decided to make an account and join in chat. And since then I guess I've been trying to get on there as much as I can and help out from time to time. So that's my story. OuO;

I'm find myself a bit difficult to explain, I used to be really talkative and social and but recently I'm just really quiet and got sucked into the secretive world of PMs. I'm actually pretty nice, just shy and awkward lol. People think I'm awesome but that's totally not true alkfdjsadlkfjsdlkfjsdlkjf. In reality, I'm a really fretful big fat worry-wart and when I feel guilty of something, it never seems to leave my mind. But I am always willing to help out anyone if it's within my capabilities, so don't be afraid to ask me.

As the Master of Torture of chat I partake in the occasional torture of my chat fellows.

UnitedStatesofPikachulious: Sempai is also sadistic, but rest assured she has a heart unlike certain other users~ <3

I am also the Master of Typos, I make typos, so be warned~. I know what I am talking about in my head but sadly my fingers refuse to make sense on the keyboard. At least they make people laugh, so I am not too upset over them. If I am tired it get especially worse and sadly a few people had to witness that horrible display. I mean I almost always realize my mistakes, it's probably something about me thinking faster than I type. But I try at least~! I also love using really weird and creepy emoticons, scaring a few people with them but a favorite of them is (◞≼☉≽◟◞౪◟◞≼☉≽◟) however sometimes I use cute normal ones like this (ﾉ>ヮ<)ﾉ*:・ﾟ✧

A Section That Is Still Completely Devoted to Papa Respi~ <3Edit

"Papa Respi is still Papa~! I can't change that it's the truth even if....you're yourself...Actually can someone explain to me why I decided to come back to you?"
―Evils Theater[src]

Papa Respi is still my papa even if she is herself, I can't deny her. We all get one papa in the world whether they are a horrible or a kind one sadly I got her and she got one daughter so I guess we were both screwed except I happen to be a WONDERFUL daughter. Don't listen to what she says!

It doesn't matter how horrible she treats me, we are all going to the Heavenly Yard anyway, even HER. Why, Sickle?! ಥ_ಥ

Favorite Characters (Not in Order)Edit

Favorite Songs (Not in Order)Edit

Retrieved from "https://theevilliouschronicles.fandom.com/wiki/User:Evils_Theater?oldid=95020"
Community content is available under CC-BY-SA unless otherwise noted.