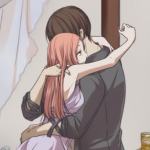 Hello, I'm DarkWarrior101, but please call me dw, or Dark. I honestly don't care what I am called.

Everything about me when I'm on the chat and roleplaying~

The only roleplay I currently have is of myself. You may call me dark and I will pretty much respond in roleplay as out, but occasionally my out-of-roleplay comments will be in parenthesis (I have no clue why, it just what happens)

I'll be a mix of the Wrath Sinner and the Sloth Sinner So I will use the tools of murder for both (those being both gifts and guns in addition to my own gear) I will be completely obedient to my Father, while protecting my mother from any who would take advantage of her and distract her from Father. I am also not against theatening mother as she can be wild and unpredictable. But she still loves me and I still love her!

I'll serve people food and drink as they need and want it. I will give Resi cocoa as she needs it, whether Ninja is around or not. (I'm not a mean souless mixed-sin demon!) I get really frustrated sometimes because one of the unspoken laws of the chat seem to be that no one can actually die! And if they do, they're rezzed right afterwards.

I have a weird obsession with Gammon's daughter Appril, I want to take care of her as she once brought me a little bit of happiness! So I'll steal her, because she's so adorable and I'll happily raise her.

Dark Puppy is the dog form I possess (yes I know I'm part cat) to scamper around chat and be adored by #1 fan Pika! :D in the form I cannot speak, only make puppy sounds and go around chat interacting with the members (Who sometimes just tosses me into the well) but if you feed me or take me out of the well I'll be so happy and even guard you!

Ciel is the son of Dark and Swirly. He is a little kid right now but will someday grow up. He is also ChefGummy's little brother. He appears to be almost purely Elphe except he has mother Swirly's yellow eyes. He is mostly demon with some cat and pikachu mixed in. His demon form has cat ears and a tail in addition to his wings. He was born from Dark, although he has both Dark and Swirly's DNA.

He is calm and mostly obedient to his parents, but he suffers from Haphephobia and doesn't like being touched except by certain people. He enjoys drinking gift all the time, as it has little effect on him,  he also has a strange affection for Pecha Berries, whether he gets that from his great grandmother Pika is unknown. When he becomes really upset he might potentially change into his demon form and attack people, excluding those he loves.

He is against hurting any member of Gammon's family after meeting Pechant and Appril, as he doesn't want to hurt any of his friend's family. Something he inherited from his mother Swirly is the tendency to refer to people as Miss or Mister. He also really likes fireworks, and is really entertained if they are set off.

Since everyone seems to be doing this these days Edit

I don't ever have an order for favorites, when I add to favorites I don't love any one over the other really. So don't expect anything on my favorites to be in an order.

I am very much into writing, and will hopefully someday be a writer. I write fanfiction as a practice to get better, and if any of you have any constructive criticism or any advice I will be happy to take it! I also take requests here.

I have a fanfiction.net account under near the same name, its Darkwarrior1010. If you possibly want to know what I write there go ahead and check me out, the my website spot at the top takes you straight to my profile! 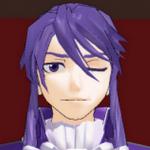 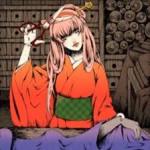 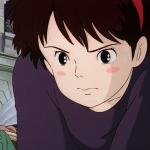 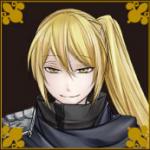 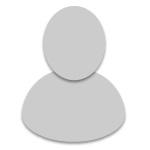 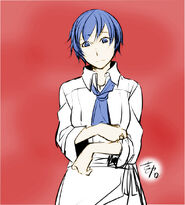 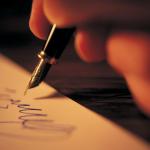 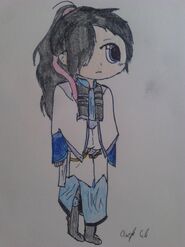 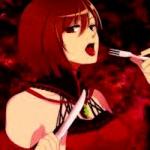 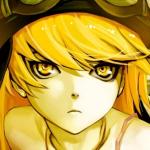 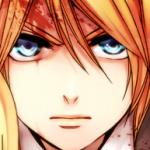 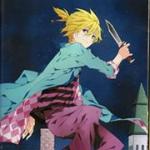 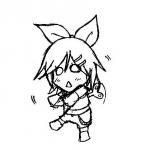 Sister-In-Law
Add a photo to this gallery

Many people ask what the dome is, but it's rather complicated to explain. So as taken from the mouth of Resi, the one who summoned the dome in the first place, I shall explain.

The dome is like a mirrored version of chat.

But a false one, you see.

It is a mirrored copy of the Evillious Theater.

When we are kicked out of chat, we enter the dome.

Sometimes you can still send messages in it

And sometimes, two people can be in the dome at once. They can talk to each other in chat, while not ACTUALLY being in chat.

That is the true version of the dome.

So that is the dome, it often surrounds the theater and wreaks havoc when it wants to. At first Resi-the-dome-summoner enjoyed the havoc that her creation caused, finding it amusing. But eventually she grew frustrated of it as well. So now we all feel like shooting down the dome whenever it acts up, but one does not simply destroy the dome.

At first Resi was one with it and so it was just her dome. But later on it became the Octo-Resi-Dome. Leading some to believe that Octo and Resi make up the dome and by killing them (their mortal shells) the dome will collaspe and the curse of the chat glitching will end.

So when the chat glitches, you must simply blame the dome, and curse at it and desire to destroy it--and ultimately fail. But at least you brought out your anger on it.

Next up is LawfulInsane's explanation of how chat avatars work~

The alternate dimension known as "chat" was formed in the aftermath of the end of the Evillious saga. The wishes of all of Mothy's fans, combined with the souls of the dead Evillious humans, created this dimension which bore a striking resemblance to Evils Forest. Entities in chat can leave and enter at will, and use things called "avis" to interact. Avis are technically mortal, but respawn immediately after death. It is impossible to truly die in chat unless the entity behind the "avi", which exists mostly on a non-data level, is killed. Avis can take the form of absolutely anything.

The chat dimension exists on the level of data, and is completely digital. However, the entities behind the avis exist on the physical and analog levels, with the exception of the entity's mind, which is essentially a biological simulation of data...or data is a digital simulation of the mind. Essentially, the chat dimension is on a higher level that the world the entities (called "users") come from, and can only be accessed through the interface known as a computer.

Due to the way language manipulates the imagination, anything is possible in chat.

The Levels of Users in Chat Edit

While the abilities of all chat users are near-godlike, there are a class of users whose abilities are even more powerful, having the ability to remove users from the chat at will and blacklist their data forms for a specific period of time, preventing the removed user from returning. These beings are called "admins" or "moderators" and in the chat hierarchy are akin to the rulers of the chat. They are always respected, save for Servy who tends to be trolled in a friendly manner.

Then there are the regular users.

Below the regular users are beings known as "roleplay characters". They are created when the soul of a dead EC character is taken by a user and is given its body back. They are magically bound to the user who resurrected them, and are little more than human in their abilities, and their only special power save for those inherent in the soul is the ability to resurrect indefinitely. While they are magically bound to the user, they do not necessarily like them.
Retrieved from "https://theevilliouschronicles.fandom.com/wiki/User:Darkwarrior101?oldid=138691"
Community content is available under CC-BY-SA unless otherwise noted.