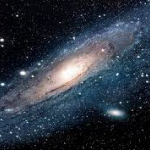 I am a person who exists in the observable universe who has access to a computer, and that's all the information about me that I'm going to put here. For the rest of this profile page, I would talk about why tau is a better circle constant than pi, explain derivatives, or explain logarithms. However, all of those things would require pictures, so I will explain why everyone should count in base twelve instead of base ten, along with properties of times tables that I have noticed when working with both of these systems of counting.

Base ten or the decimal system is how most people count numbers today. In the decimal system, there are unique symbols for numbers zero to nine and after nine it goes to the "tens place," so the number after nine is 10. In base twelve, also known as the duodecimal or dozenal system, there are unique systems for numbers zero to eleven and the number after eleven is represented as 10.

Twelve on the other hand is a highly composite number, which means it has more factors than any number smaller than it. Its factors are two, three, four, and six. Because twelve has so many factors, there are a lot more regular patterns in its times table than in decimal. For example:

Keep in mind that this only changes how numbers are written, not the value of the numbers themselves. Pi is still the circumference of a circle divided by the diameter; it's just written differently. The rules for addition and subtraction remain the same, along with the rules for multiplication and division. Here's a video that also argues for the duodecimal system: https://www.youtube.com/watch?v=U6xJfP7-HCc

Other Patterns in Times TablesEdit

Retrieved from "https://theevilliouschronicles.fandom.com/wiki/User:Astrophysics_Person?oldid=147068"
Community content is available under CC-BY-SA unless otherwise noted.