Prelude to Forest
The Daughter of Evil ~Gemini of Charm~ Vocal and Soundtrack is an album released by Akuno-P in conjunction with Kangaroo SUZUKI on February 3, 2010. It features twelve songs and song instrumentals from the musical play adaptation of The Daughter of Evil Series. The album's jacket was illustrated by Ichika. 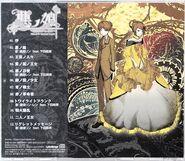 Back cover of the CD case

Full illustration of the CD case back cover

The inside of the CD case along with the album CD 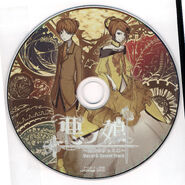 The album CD
Add a photo to this gallery
Retrieved from "https://theevilliouschronicles.fandom.com/wiki/The_Daughter_of_Evil_~Gemini_of_Charm~_Vocal_and_Soundtrack?oldid=194576"
Community content is available under CC-BY-SA unless otherwise noted.