Story of Evil
Story of Evil: The Paper Demon and the Secret Archive is the first Story of Evil light novel, released on February 18, 2018. The novel was written by Akuno-P and primarily illustrated by Yuzuki Kihiro. It takes place in the Fourth Period, following the story of the young Itsuki as he uncovers his uncle's secret archive and inadvertently forges a contract with the demon Marie. 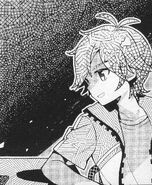 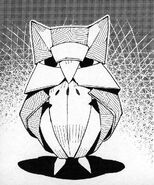