Seven Crimes and Punishments is a song released by Akuno-P on February 13, 2015. It was included in an album of the same name. It is the eighth song in the Clockwork Lullaby Series, depicting the seven main characters from the Seven Deadly Sins Series.

Allen Avadonia announces they shall now begin; Duke Sateriasis Venomania relates that the seven flowers have been released, him drowning in lust while concealing his ugly true face. Banica Conchita then relates that the seven seeds have descended and taken root in the ground. Banica describes her plans to melt everything, even the world, in her stomach. Princess Riliane Lucifen d'Autriche regards that from the gems it was built upon, her evil kingdom is now unstoppable. With the vessels of malice released by the cursed twins, the three proclaim that the story that will be drawn will be of seven crimes and punishments.

As the seven winds violate the world with poison, Sleep Princess, the false sin and the main source of everything, laments that she isn't able to sleep today either. In the seven springs, Kayo Sudou sees the face of the man she loves, however, other people intefere and she wishes they didn't exist. In the court buried in the soil, Gallerian Marlon commands his farce called a trial to be begun. While the three claim everyone wishes for their utopia, they relate the outcome that will be met will be seven crimes and punishments.

Nemesis Sudou then asks if the song of the forest can be heard, but remarks it's only her gunshot of destruction before firing at the screen. After the seven again proclaim that the story drawn from the vessels the cursed twins released will be of seven crimes and punishments, they and Hänsel and Gretel sing the Clockwork Lullaby.

Seven flowers flutter about, the crime is now unleashed
While my unsightly true face is masked
I continue to drown in lust

Seven seeds rain down, roots will stretch through the ground
The acid of my stomach will melt everything
Yes, even the world

The vessels of malice that were unleashed from the cursed twins
What sort of story do they paint?
Seven crimes and punishments

In seven winds the world is violated by poison
The source of everything, a false sin
That laments how she can’t sleep today either

In the courtroom buried in soil
Come, let’s begin this farce named a trial

Everyone is searching for their respective utopia
What kind of conclusion will they meet?
Seven crimes and punishments

Is it the song of the forest I can hear?
No, that’s the gunshot of destruction

The vessels of malice that were unleashed from the cursed twins
What sort of story do they paint?
Seven crimes and punishments

Seven Crimes and Punishments contains a callback to Hänsel and Gretel releasing the Seven Deadly Sins in Chrono Story, as well as alluding to the original forms that each of the sins took upon release; several of the song's lyrics also parallel each other.

The events of The Lunacy of Duke Venomania are alluded to in the song, showing how Venomania submerged himself in his lust while concealing his real face.

The events of Evil Food Eater Conchita are alluded to in the song, showing Banica's desire to eat everything for the sake of her gluttony.

The events of The Daughter of Evil are alluded to in the song, depicting how Riliane's evil kingdom was built on the wealth of her people.

Gift from the Princess who Brought SleepEdit

The events of Gift from the Princess who Brought Sleep are alluded to in the song, showing the poisoning of Toragay and Margarita's wish to go to sleep.

The events of The Tailor of Enbizaka are alluded to in the song, narrating how Kayo perpetrated the murder of an entire family over an obsession with the family patriarch.

The events of Judgment of Corruption are alluded to in the song, depicting Gallerian's farcical trials carried out by his corrupt court tactics.

The events of The Muzzle of Nemesis are alluded to in the song, showing Nemesis in the mask she wore during the Leviantan Civil War.

Master of the Hellish YardEdit

Seven Crimes and Punishments alludes to the end of Evillious as seen in Master of the Hellish Yard, Nemesis speaking of her gunshot of destruction. 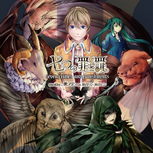 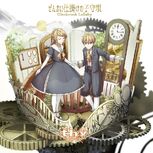 Concept art of Nemesis Sudou
Add a photo to this gallery

Allen announcing the beginning at the start of the PV

Duke Venomania and the Venom Sword

The Daughter of Evil and the Four Mirrors of Lucifenia

The Sleep Princess and the Clockworker's Doll

Kayo Sudou and her scissors

Gallerian Marlon and the Marlon Spoon

Nemesis Sudou and Grim the End

Hänsel and Gretel during the final chorus

Retrieved from "https://theevilliouschronicles.fandom.com/wiki/Seven_Crimes_and_Punishments?oldid=191224"
Community content is available under CC-BY-SA unless otherwise noted.