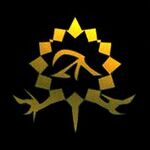 Following the Aishikeru Treaty, Levianta joined Marlon, Lucifenia and Elphegort as part of the Union State of Evillious in EC 878.[15] At some point, a zombie epidemic broke out across Evillious, affecting Levianta.[16] In January of EC 982, Levianta sought an alliance with Elphegort to check on Lucifenia; the USE later consented to the alliance. After Asmodean declared war on Lucifenia, Levianta accepted Lucifenia's request for help and declared war on Asmodean. Later that year, Beelzenia declared war on Levianta among other countries.[17]

The following year in EC 983, General Tony Ausdin massacred the village of Zenosai in the Samadin region. After the man was exonerated by Judge Gallerian Marlon, revolts broke out in Alicegrad before spreading across Levianta.[17] After Elphegort invaded Lucifenia in EC 993 and was expelled from the USE, Levianta declared war on the nation. With Marlon's cooperation, Holy Levianta launched a two-pronged siege on Elphegort. In EC 998, the USE army succeeded in liberating Lucifenia.[18]

In EC 999, Levianta was completely decimated by Punishment. Following the end of the Third Period, the destruction site merged with the Hellish Yard along with the rest of the ground world.[19]

The Magic Kingdom was a constitutional monarchy, with the ruler of the government restrained by that of the senate.[20] The ruler also acted as the religious leader in the country.[21] With the senate's consensus, the ruler could be removed from power and replaced,[22] with the senators managing the nation's day-to-day affairs. The senate was also capable of sanctioning research projects when needed, with many researchers involved in the study of magic and medicine.[7]

The magic kingdom had a capable military. Their actions were overseen by that of the senate and carried out to their wishes.[6] Armaments included firearms such as small but powerful revolvers. Following the Magic Kingdom's destruction, the military was abolished and later reestablished with creation of Holy Levianta centuries later. However, the new Leviantan military was weak and corrupt, unwilling to move troops into foreign territory except in self-defense,[11] and susceptible to bribery.[23]

Due to its heavy reliance on magical technology, scientists, engineers and artisans were a necessary trade in the Magic Kingdom. Among the latter, clockworkers were especially popular for creating and repairing the local magic tools.[2] Following the nation's collapse and the founding of Holy Levianta, tourism to the local temples became popular.[24]

The Magic Kingdom Levianta was built upon its great magical and technological prowess, developed from having the vast majority of magic-aligned clans under its banner.[25] Because of this, magic held a great importance in their society, with individuals given ranks based on their magical abilities.[26] In a similar manner, only those with certain magical power were eligible for some positions in the government or its projects.[5]

This magical elitism extended so far as to tear apart families and close friends over proving who was stronger.[27] The nation also had a noble class with aristocrats having a great influence in the political affairs of the Magic Kingdom, particularly because of their affluence.[2]

Racially, Leviantans were a diverse people, with many different characteristics found among them. Despite this, the vast population of mages were regarded as being extremely beautiful even a century after the original kingdom fell. After Levianta's destruction, several Leviantans survived although it is unknown whether or not they died out in the following centuries.[28] After the destroyed country was rebuilt as Holy Levianta, the nation repopulated.[29] Due to the founding of Levin University, Levianta's cultural exchange grew by the EC 960s.[30]

Similarly, fear of those with Hereditary Evil Raiser Syndrome led to a desire for their complete eradication.[31] Due to the invention of the television, media reporters spread news quickly to viewers across the Magic Kingdom and kept them updated on important political or societal affairs within the country. Like with most technology and culture, the moving picture device was lost with the kingdom's destruction.[32] Automobiles were also invented in the nation during the EC 860s.[33]

Levianta was a northern region of Evillious, located directly above Lucifenia and Asmodean. Originally, the Magic Kingdom consisted of flora and fauna but, following the Levianta Catastrophe, became a barren wasteland and was inhospitable. The climate was also much cooler and would snow during cold weather.[23] Compounding this, the nation experienced long winters and short summers.[30] In the wake of the Magic Kingdom's destruction, much of their ruins remained, stretching as far as Asmodean.[34] Eventually, the area became hospitable again and it was made possible to resettle.[10]

The Levia-Behemo Temple[note 5] was a place of worship for Levia-Behemo. It was located in the northwest part of Levianta, near Alicegrad.[35] The ark Sin was sealed inside the temple. Due to the danger of Sin, those suspected of malicious intent were banned from the temple. The temple was run by a religious order and members were expected to follow a strict conduct.[2] It was destroyed in the Levianta Catastrophe, though its ruins continued to exist even in the 10th century EC. It later became a pilgrimage site for devout Levin believers and tourists.[36]

The laboratory built by Seth Twiright and the place for his experiments. It contained the technology of the Second Period. In the 10th century EC, it was discovered by the historian Heaven Jaakko and later used by Ma as the headquarters for PN.[37]

The capital of Holy Levianta. It contained the Dark Star Courthouse and Levin University.[33]

The government building for the USE Dark Star Bureau. It maintained a sizable courtroom as well as offices for the supreme court director and other employees.[38] It also contained a conference room.[30]

A university located east of the Dark Star Courthouse. It conducted classes for its students.[30]

A main street in Alicegrad. The Marchef mansion was located there.[33]

The residence of the Marchef family. It was located on the edge of Nelsky Street and was near the Dark Star Courthouse.[33]

The residence of the Asayev Family. It was large enough to hold a great amount of people.[30]

Graveyard[note 9] was a restaurant located in the area. The restaurant had a preset menu meal served in numerous courses while the waitrons interacted with the guests.[39] It was closed down after the Dark Star Bureau had the employees arrested on the grounds of their establishment's allegedly faulty license.[40]

A city located in Holy Levianta's northernmost point. It was several days away on foot from Alicegrad. There was a forest with a hunting spot nearby.[33]

A region in Holy Levianta's northeast. It was located near Levianta's border with Asmodean.[41]

A village located in Samadin. It was established as a Netsuma settlement and continued to exist during the 10th century EC. It suffered a major massacre during the Evillious War.[17] 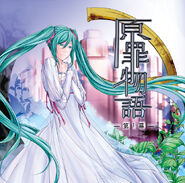 Retrieved from "https://theevilliouschronicles.fandom.com/wiki/Levianta?oldid=185443"
Community content is available under CC-BY-SA unless otherwise noted.