"Just before he died, a lonely man created a small, small theatre in the middle of the forest..."
―Gear[src]

Heartbeat Clocktower is a song released by Akuno-P originally on piapro on October 1, 2009 and later became part of Prelude to Forest on February 7, 2010. It is the fifth song in the Clockwork Lullaby Series, describing the experiences of Gear in Evil's Theater.

The song concerns a mysterious clocktower and its guardian, Gear. The dead owner, embodiment of Greed, and former guardian of the clocktower, the "Collector," created a theater for the "Collectibles" where they forever enact their story. Gear's main concern is to keep the Clockworker's Doll "with ugly burns on her body" alive through the clocktower, and if it stops, she will die.

Performing his task day by day, he describes other inhabitants of the clocktower, including the Master of the Graveyard, who devours any helpless visitor who had enough bad luck to end up at the theater, as well as a "pretentious" servant girl, who "indulges in selfishness," but secretly expresses sadness for the loss of her "other half".

He also observes how Kayo's Scissors and the Venom Sword continue to be "dormant". Gear mentions that "when the entire songs are recited," it is believed that Utopia will be created. Realizing that the clock is going to stop soon, and that the Doll's time is running short, Gear takes out his heart and sacrifices himself to power the clocktower. As a result, his sacrifice saved the Clockworker's Doll, but causes him to be part of the clocktower, unable to leave.

Miniature Garden Girl details the events that occurred prior to Heartbeat Clocktower, describing the life and near-death of the Clockworker's Doll and the event that led to her gaining severe burns.

Master of the Court recounts the goals of the Clockworker's Doll after the events of Heartbeat Clocktower, as well as her interactions with other members of the theater.

Capriccio Farce recounts the later exchanges of the theater inhabitants after the happenings of Heartbeat Clocktower, as it details their later attempts to convene and locate the Sin of Wrath. 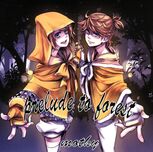 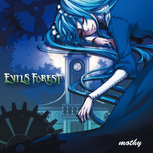 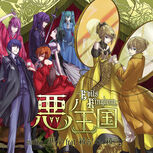 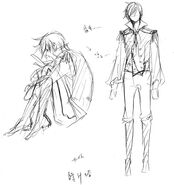 Guardian's concept art
Add a photo to this gallery

The injured Clockworker's Doll kept alive via the clocktower's mechanisms

The Master of the Graveyard presiding over her cemetery, hungry for intruders

The Waiter with her "capricious" leading part

Banica Conchita, the Sinner of Gluttony

Kayo Sudou, the Sinner of Envy

Gallerian Marlon, the Sinner of Greed

Margarita Blankenheim, the Sinner of Sloth

Nemesis Sudou, the Sinner of Wrath

Hänsel and Gretel singing the Lullaby during the chorus 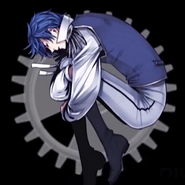 Gear within the clocktower
Add a photo to this gallery 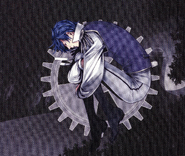 Retrieved from "https://theevilliouschronicles.fandom.com/wiki/Heartbeat_Clocktower?oldid=87052"
Community content is available under CC-BY-SA unless otherwise noted.