Four Melodies of Evil ~The Daughter of Evil Novel Music Collection~ is an album released by Akuno-P on March 23, 2012. Distributed in promotion of The Daughter of Evil: Praefacio of Blue, it features four songs. The album's jacket was illustrated by Ichika. 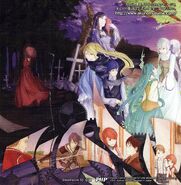 Back cover of album 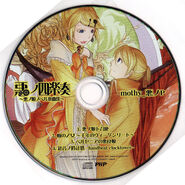 Concept art of the album cover
Add a photo to this gallery
Retrieved from "https://theevilliouschronicles.fandom.com/wiki/Four_Melodies_of_Evil_~The_Daughter_of_Evil_Novel_Music_Collection~?oldid=195130"
Community content is available under CC-BY-SA unless otherwise noted.