For the location, see Evil's Forest.

Evils Forest is an album released by Akuno-P on May 9, 2010. It was first distributed at THE VOC@LOiD M@STER 12 and features eleven songs along with a sixteen page, fully colored booklet. The album's jacket was illustrated by Suzunosuke. 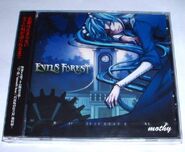 Front cover of the CD case

Introduction to the album booklet, with a lone intruder approaching the theater 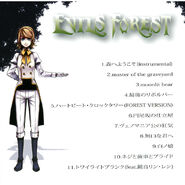 Album tracklist in the album booklet, introduced by the Waiter

Inside of the CD case containing the album CD 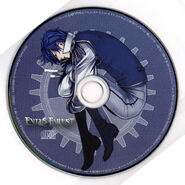 The album in Epic of Evil: The Daughter of Evil Fanbook
Add a photo to this gallery